Have you ever wanted to know everything about Panasonic’s AG-CX350 camcorder? Well good news! Writer and Filmmaker Barry Green has put out a new series of instructional videos that covers exactly that. 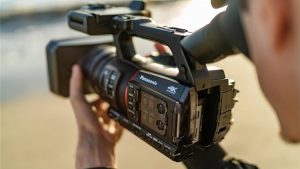 Some copy from Panasonics release on this:

The AG-CX350 is the industry’s lightest 4K 10-bit fixed-lens camcorder and includes HDR recording, 4K 10-bit 60p capture and is equipped with the RTMP/RTSP/RTP protocol for live streaming and NDI | HX-ready IP connection. A few topics that A Guide To The Panasonic AG-CX350 Camcorder include are:

You can find all the videos here: 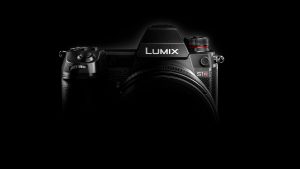 2. Improvement of Body I.S.(Image Stabilizer) performance
• There were cases where peripheral distortion occurred in video recording while walking when used with Panasonic wide zoom lenses (H-F007014, H-E08018). This bug has been fixed.

5. Other improvements
• Like 709,V-LogL* and V-LogL View Assist* in Photo Style can be used in photo shooting.
• LUT Monitor Display* and LUT HDMI Display* can be used in playback mode.
• Focus Ring Lock, E-Stabilization(Video), Mic Rec Level Disp., Live View Boost, Night Mode and L.Monochrome D can be assigned to the Fn button that works in recording mode.
• LUT Monitor Display*, LUT HDMI Display* and Night Mode can be assigned to the Fn button that works in playback mode.
• Vector Scope can be displayed on the screen while adjusting white balance.
• It is possible to choose images from group display such as burst shots in RAW Processing mode.
• Restarting time from sleep mode has been shortened while using Image App and Bluetooth connection.
You can choose to shorten the time of remote operation and image transfer or remote shutter control by going to Setup>Bluetooth>Returning from Sleep Mode.
• Remaining battery status is indicated by 1/4-gauge, indicating approximately 25% per gauge.
• There were cases where folder name was garbled when connecting wirelessly with Windows10-based PC. This bug has been fixed.

4. Other improvements
• Focus Ring Lock, E-Stabilization(Video), Sound Rec Level Disp. and L.Monochrome D can be assigned to the Fn button that works in recording mode.
• Vector Scope can be displayed on the screen while adjusting white balance.
• It is possible to choose images from group display such as burst shots in RAW Processing mode.
• There were cases where the Image Stabilizer icon was not displayed when switching the settings of Image Stabilizer using the Fn button on the H-ES200 interchangeable lens. This bug has been fixed.
• There were cases where folder name was garbled when connecting wirelessly with Windows10-based PC. This bug has been fixed.

The details of each firmware program is also available on the following pages: